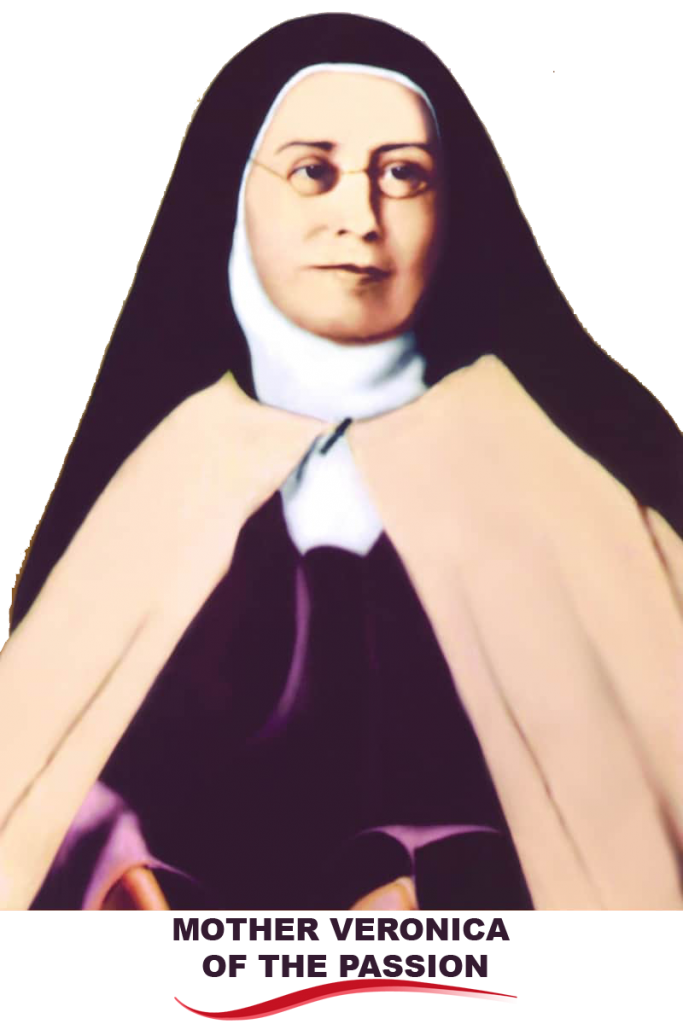 The ardent desire to be one with the Creator, urged Mother Veronica of the Passion to serve humanity with generosity, courage and determination which gave birth to the Apostolic Carmel in 1868.

Mother Veronica, nee Sophie Leeves was born in 1823 in a pious cultured family to Anglican parents in Constantinople. She was gifted with singular gifts of mind and heart, was nurtured by sound education and wide experience. Though the daughter of a Protestant Pastor, she embraced the Catholic faith in 1850, amidst bitter opposition from the family. God took possession of her heart so powerfully that she courageously and generously responded to the call to religious life. She entered the congregation of the sisters of St. Joseph of the Apparition in 1851, taking the name Sister Veronica of the Passion. She came to India in 1862 and worked in Calicut. When in prayer, she experienced a divine call to enter Carmel. She made the difficult choice of leaving her congregation of St. Joseph’s to join Carmel, a Congregation of cloistered sisters at Pau in France. Again it was terribly difficult for her to leave the peace and happiness of the cloister to set about the task of founding a new Carmelite order for India, to serve the need of faith formation through the education of young girls of the West Coast of India.

The need for the third order was very urgent because in those days Education in India was meant only for boys which brought great dissatisfaction to the Indian women, who cried out for knowledge and the light of education. So God in His infinite wisdom chose Mother Veronica to realize this objective together with Father Marie Ephrem, a Carmelite who had come as a missionary to serve the Indians. She founded the Congregation of the Apostolic Carmel at Bayonne in France in the year 1868 and established it in Mangalore, India in 1870. Following the path of Carmelite tradition of St. Teresa of Avila and Mother Veronica, the Sisters of the Apostolic Carmel try to combine in their lives contemplative prayer to serve the needs of the times. The focus of their apostolic service is Christ in His people, the Church and the world.

The pioneering spirit made itself felt from time to time in the Congregation. When there was a need for higher education for women in South Kanara, it was the Apostolic Carmel that started the first Women’s College (St. Agnes College) in this region in 1921. The Apostolic Carmel extended its mission to North India in 1921 and to Sri Lanka in 1922. From its inception to this day the congregation tries to fulfill the purpose of its existence through formal and non-formal education of youth in its various colleges, regular schools, schools for the handicapped, women’s welfare centers, prison and healing ministry etc. The Apostolic Carmel is established throughout India, Sri Lanka, Kuwait, Pakistan, Kenya, Bahrain, Rome and Tanzania. It aims at developing the students entrusted to its care, into committed people who should be leaven in their milieu putting love and meaning into human life and endeavor.